Julie Kaewert writes novels about books and the characters who love them. Her mysteries for booklovers (Unsolicited, Unbound, Unprintable, Untitled, Unsigned, and Uncatalogued, all from Penguin Random House) have topped bestseller lists around the country. Her novels feature London publisher Alex Plumtree, a studious James Bond of the book world. After his father’s sudden death, Alex takes the reins of the family firm and discovers that publishing is a decidedly dangerous profession. What’s worse, an inordinate number of secrets seem to be housed in his family’s beloved collection of antiquarian books.

A native of Nebraska, Julie first decided to be a writer in the sixth grade, when she was given the assignment of writing a novel for English class. She carried her love for Nebraska to Dartmouth College, where she wrote an honors thesis about the characters of Willa Cather. Fascinated by book publishing, she pursued the traditional route to a book publishing career: the Radcliffe Publishing Procedures Course. Afterwards she worked for fine books publisher David Godine in Boston’s Back Bay, then Addison-Wesley near Boston, meeting many dedicated bibliophiles who came to inspire the Plumtree series.

When Julie married and moved to London, she transferred to Addison-Wesley UK in London’s Bedford Square, which became the setting for Plumtree Press. Years later, when Addison-Wesley UK moved out of London, Julie left for her first paid writing job: staff writer for a computing magazine. The magazine had its offices in London’s Clerkenwell neighborhood, which provided the setting for Unprintable.

For five years Julie and her husband lived in the small Hertfordshire town of Chorleywood, on a narrow country lane that dead-ended in a secluded farm. This became Alex Plumtree’s family home, The Orchard. Hedges, roses, public footpaths with stiles, beech tree forests, wide-open fields with grazing bulls and cows, and a neighbor named Villiers (for those who enjoy English history) made this an unforgettable place.

Julie took a brief sojourn into the world of artificial intelligence software after moving back to Massachusetts, where she wrote her first book, a text on AI programming, for McGraw-Hill. Next she ventured into adult literacy work and earned an Ed.M. from Harvard Graduate School of Education before gaining enough courage to write her first novel. 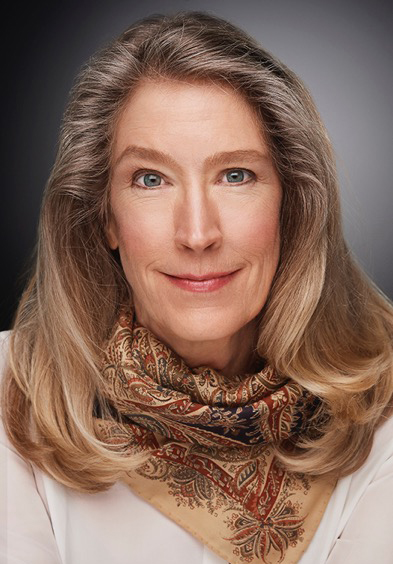 My first real writing experience was in college. Desperate to “become a writer,” I would sit in the library with a blank book (several years before personal computers) and feel that something special was happening in the mere attempt to write. The feeling was great; the only problem was that my life had been so pleasant, I had nothing tragic and momentous to write about.

Still, following the persistent advice of my wonderful honors thesis advisor Noel Perrin, I kept writing. I wrote for the Daily Dartmouth newspaper, completed freelance pieces on subjects I was passionate about in my native Nebraska, and entered a Christian children’s book competition. But I focused most of my writing energies on a senior honors thesis, the most pleasurable writing experience to date. This was not only because I ceremonially purchased a new blank book and rubbed gold leaf letters onto it, proclaiming it my Willa Cather thesis book, and not only because Professor Perrin let me work in his office with Cather first editions lining the walls. It was also because he met with me to review what I’d written at a great little breakfast spot called Lou’s every week – my first critique group. To top off the best writing experience in the world, unable to resist the joys of spring after a long New Hampshire winter, I ran an extension cord onto the rooftop of my senior society and typed the final version in the senior spring sun.

Around that time I realized that fiction writing was an elusive career. Book publishing appeared far more practical, so I pursued that path instead. But it wasn’t until the publishing company I was working for in London moved to the countryside, and I had to find a different job, that I returned to writing. I saw an ad for a magazine staff writer, got the job, and experienced extreme joy at claiming the title of “writer” at last. It was what I had always wanted, and I would be paid for it! My writing took a giant leap in this job, because the first personal computers were finally coming into use (1984 or so). I had to learn to compose at the keyboard of a PC, and waiting for the muse was not an option. My editor would have laughed aloud if I said I didn’t feel like writing, or it was the wrong time of day, or I didn’t have my favorite pen. He needed words, and he needed them by four o’clock. Besides, the subject matter was computers, software and disk drives. I learned that my writing was not sacred; if it was terrible, I just went back and fixed it. I was even grateful to be told it was terrible – at least someone cared enough to read it and comment.

After that, during a stage of corporate careerism, I wrote a textbook about the use of artificial intelligence in manufacturing with a colleague at Digital Equipment Corporation (DEC). It was at DEC that a friend recommended Dick Francis’s mysteries. I read one and was hooked, and from then on the dream of writing a “Dick Francis about books” stayed with me.

With graduate school and babies came another kind of writing. The half-waking days and nights of early motherhood were strangely useful in generating creative ideas. But best of all was my husband’s loving and sage advice: “If you don’t try writing fiction now, you’ll always wonder what might have been.” This was the first time I had thought of carving out time for writing, as if it were a real, valid occupation. I did as he suggested. During the two hours twice a week that we hired a trusted babysitter, I started by going to a local bookstore called Kepler’s in Menlo Park, where I studied book jackets and the publishers associated with them. Then I’d go outside to their sidewalk café to make notes on what would become the Plumtree series in a fat, square spiral notebook.

Later, when I had lots of notes on characters and plot, I worked at home on a personal computer. I never worked on the book that became my first novel outside of the two babysitter hours, not even during the baby’s nap-time; I was afraid of resenting her if she should wake early. And it was on daily walks with my daughter in the stroller that I ended up finding a great agent, and so a publisher. After a year of walking with a friend—also with a daughter in a stroller—I told her I’d finished a novel, and was thinking about looking for a publisher. “You’re kidding!” she exclaimed. “My sister’s an editor at Simon and Schuster!” Everything happened from there.

Ever since, writing has happened in the most unusual places. During the years our children were in high school but could not yet drive, my variety of writing environments was almost comical. On Tuesday nights I wrote in a spiral notebook in the sanctuary of a suburban Denver Presbyterian church, to the accompaniment of about 30 rehearsing bagpipers. This was always one of my most productive sessions; I don’t know if it was the power of Scotland the Brave, Amazing Grace, or the peace of the sanctuary. Sometimes on Wednesday nights I’d write at a coffee shop in Boulder on youth group night – once a brown napkin filled with scribbles became a whole new direction for my current book. But always, still, I write with my fellow critique group members of 25 years for several hours on a Thursday afternoon, in addition to whatever hours or days I’ve reserved for the purpose. An annual retreat at Boulder’s Chautauqua is invaluable, and I’ve become ruthless about not doing anything else once I glimpse a few unbroken hours of writing time ahead.

Now I know the truth: a writer writes.

Ideas sometimes come from research, and sometimes in a mysterious flash of creativity. Untitled came from an article in the Financial Times that mentioned an aristocratic book club – so aristocratic, in fact, and so British, that the Queen is not welcome. Unbound came as I sat down for a rest, nine months pregnant, having put my three-year-old down for a nap after an outing. Unsolicited came in the daydreaming zone between bedtime reading and falling asleep.

After receiving the initial idea, I research everything to do with the subject. This is by far the most fun phase of novel-writing, with lots of epiphanies and diving down fascinating rabbit holes. My books always involve a lot of history, which gives life to the story but requires careful attention to accuracy.

In the case of several books, the subject matter has been obscure enough to require a visit to the special research center at our local university, where for a small fee they will conduct searches using advanced search engines on any topic. Without the help of these wonderful research experts, I could not have written half of my books. Characters arise out of the information gleaned from research, as do a worthy goal for the hero, along with suitably dangerous diversions and obstacles.

I write an outline before a synopsis. The next step is a very long, detailed synopsis – twenty to forty pages. Then, and only then, should the actual writing begin – though it’s tempting to start sooner. But if I do, I will only have to start over. Truly, there is no inspiration without research.

I write using the outline and synopsis until they no longer serve me; the joy of fiction writing is largely in those moments when surprise revelations arrive and give you goosebumps. When that happens I throw my plans to the wind and follow the spirit where it moves. Eventually I return to the outline, but it only ever takes me three-quarters of the way through a book. I always find that further twists and deviations are required.

Strangely, it used to be that my chapters would all end at precisely twenty pages. I could count on it, and will never know if that was some part of my brain calibrating the length, or a strange coincidence.

The hardest thing for me to write is a short paragraph summarizing a novel, or a teaser; that can take days and days. Worse still is trying to tell someone verbally, at a party or over coffee, what my current novel is about. To be merciful, I have finally learned to boil who-what-when into a single sentence, but it’s not easy!

{
“Kaewert writes in the style of Dick Francis – part mystery, part thriller, good plotting with characters we all care for.”